Where is Windows Mobile Heading? 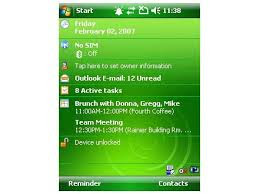 I've been a Windows Mobile user for many years. In fact, I used devices that were once called Windows CE, then Pocket PC. I admit that I'm concerned about the future of Windows Mobile. We've seen the Apple iPhone really take off. The BlackBerry is stable within the corporate world. Android is gaining momentum and Palm has the WebOS in the new Pre. So what about Windows Mobile? We're all hearing rumors and still waiting to see some new and exciting developments from the people at Microsoft.Where is Windows Mobile ultimately heading? As it now evolves into "Windows Phone," will Microsoft ensure that manufacturers are releasing hardware that meet all the specs and requirements to run future versions of Windows Mobile? What's the area that needs the most improvement? Mobile web browsers. We've seen some great browsers come out, but the hardware on many phones don't provide the type of browing experience that you'll get on the Apple iPhone.
Posted by Unknown at 8:46 PM