Are Sliders the Way of the Future? 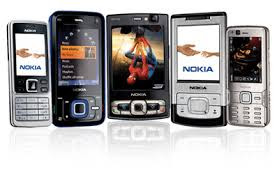 Don't you just love these simple terms? In my mind, smartphones come in 3 different designs:
One of my first phones was a Motorola StarTac (which was a clamshell). So, I used to have a Palm Treo 700wx that ran Windows Mobile. This was a rather thick candybar but I really enjoyed using this phone. I currently have an HTC slider that opens to reveal a keyboard. Sliders typically open either vertically or horizontally. Some even open in both directions. Newer clamshells also are being designed to open in both vertical and horizontal directions. Have you seen the Samsung Alias 2? That's a clamshell that opens in both directions.

So my original question was: are sliders the way of the future for healthcare professionals who need to use their phones for both professional and personal applications? Sliders offer a hardware keyboard plus a large screen. The major downside is that sliders are thick. However, the Palm Pre is a new slider that has a sleeker body and may set the standard that other manufacturers will try to emulate.
Posted by Unknown at 3:30 AM