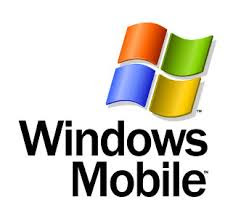 I've been a loyal Windows Mobile user for many years. Before that, I was a loyal Apple user (does anyone remember the days when it was called Macintosh?). I've never been a BlackBerry user, and there was a time when I played around with the outdated Palm OS.

I'm starting to lose my faith in Windows Mobile. Microsoft has a huge talent pool (I know, because many of my friends and relatives work for Microsoft). Yet they have done very little to improve Windows Mobile. In the meanwhile, Apple has come along and they swept the nation with their iPhone. Google released Android and BlackBerry made some drastic improvements with the touch-screen Storm. Where are you Microsoft? Why all the delays with Windows Mobile 7? What's up with all these versions of Windows Mobile 6? (we had 6, then 6.1, then 6.3, and now 6.5, then we'll have 6.7, then 6.9, and then 6.93, and then probably 6.98...) Is this insane or what?

I think Microsoft has some tremendous potential, but unless we see some major improvements in the Windows Phone operating system, I plan to change to an entirely different system (and maybe even a new mobile carrier).
Posted by Unknown at 1:04 PM