Palm drops the price on the Treo Pro 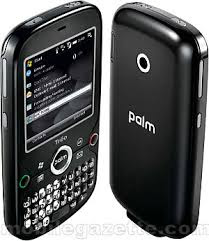 It looks like the new Apple iPhone 3G S is putting the heat on other smartphones. Palm is lowering the price on the Treo Pro (running Windows Mobile) by $150. Did you know that HTC makes the Palm Treo Pro? I also heard that the T-Mobile G1 running Google Android is being reduced by $50 (probably because new models are right around the corner).

I'm glad that Apple didn't introduce the iPhone 3G S at a super high price, only to drop it after a few months (and penalize the early adopters and loyal customers). Apple would never do such a thing, would they?

As the smartphone pricing battle wages on, I hope that we'll see better phones at lower prices.
Posted by Unknown at 4:33 AM