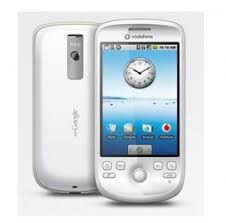 Why do HTC phones get rebranded? The new T-Mobile myTouch 3G is really made by HTC. Rebranding phones made by HTC decreases HTC visibility and recognition in this country. As a result, consumers are not recognizing the company "HTC." My Verizon Wireless XV6800 is branded as a Verizon phone. It's really an HTC Titan, but most people don't know that. The Spring Mogul is branded as a Sprint phone. That's also an HTC Titan.

Later this summer, we'll see the T-Mobile myTouch 3G (which is an HTC Magic) running Google Android. The G1 won't be the only Android phone!
Posted by Unknown at 3:30 AM