Does the iPhone 3G S have problems with heat? 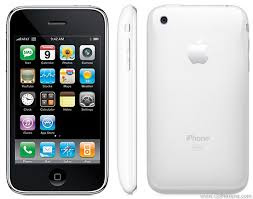 There have been rumors about the new Apple iPhone 3G S having problems with overheating. Apple claims it's the summer heat, but what if the new speedy processor is really causing some heat issues? The old iPhone had a slower processor. Hence, it didnt' get so hot. The new iPhone is named the 3G S where S = Speed. Speed comes at a cost, doesn't it? The laws of thermodynamics tell us that.

So, I'm curious: how many more reports will we be hearing of iPhones overheating? There's no internal fan to cool the iPhone. Heat also damages batteries (or I should say that heat wears down batteries quickly). Since the iPhone doesn't have a user-replaceable battery, the heat issue ends up being a double whammy. It can fry your phone, plus it can fry your battery. Let's just hope we don't see any exploding iPhones this summer.
Posted by Unknown at 5:20 AM