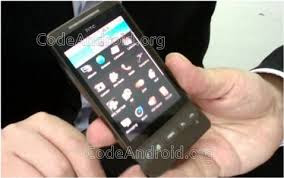 It appears that the HTC Hero is being called the "best" Android phone yet. Considering that we've seen so few phones running Android, I'm not entirely sure what this means. However, I do know that HTC makes some fantastic phones that always seem to get rebranded (some examples of that type of rebranding include: Palm Treo, T-Mobile Dash, and Verizon Wireless XV6800).