Is it time to switch to a new smartphone? 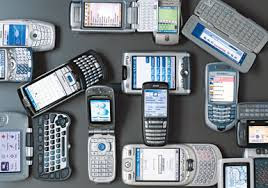 I've been using a Windows Mobile smartphone for several years and now I'm thinking that it may be time to switch to a BlackBerry Storm. Right now, I use the Verizon Wireless XV6800 made by HTC. It's an old phone and it's starting to have some hardware problems. I've asked Verizon to send me another replacement (which makes this phone #4) and I'm thinking about switching to a different phone.

I know that the BlackBerry Storm 2 is coming out this fall, but I don't need Wi-Fi and I can get the current Storm for free (with the "new every two" plan I get a $100 credit). So, what should I do? Should I switch from Windows Mobile to BlackBerry? If I weren't stuck on Verizon Wireless, then I'd go for the iPhone 3G S.

What would I miss if I switch from Windows Mobile to BlackBerry? The app that I'd miss the most is the TomTom GPS Navigator. I use my smartphone as a GPS when I'm driving. Although I could do that with the BlackBerry Storm, my options are fairly limited.

The alternative is to stay with Windows Mobile. I don't want another slider and I don't want to spend any money on a new device if I can get one for free. The Samsung Omnia is nice, but there's a newer model coming out soon. The HTC Touch is also nice, but there's the Touch 2 coming out soon. Maybe it's time to return to the Palm Treo form factor and go with the Samsung Saga. I'm torn. Perhaps it's time to switch to BlackBerry.
Posted by Unknown at 6:36 AM