Samsung Jet - not a medical smartphone 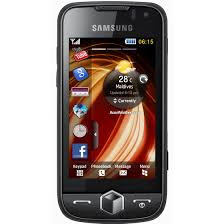 I want this phone just so that I can say that I have the "Samsung Jet." Who comes up with these names? Jet sounds like an airplane, not a phone. The Jet is going to have a very fast processor (800 MHz) and the TouchWIZ 2.0 interface (which is supposed to be an improvement over the original TouchWIZ). Perhaps I should refer to TouchWIZ as the operating system. With TouchWIZ, you get to play around with widgets on your smartphone. If you love widgets, then you may really enjoy this interface. Otherwise, you should like the phone for its cube menu interface. However, if you're looking for a smartphone that will run medical applications, this is probably not the phone for you. Even though it will have a nice interface, I don't think you'll find any medical software for it. The one-finger zoom looks like a nice feature, but I think I still prefer the two-finger approach on the Apple iPhone.

Speaking of interfaces, why do hardware manufacturers need to develop creative user interfaces for Windows Mobile? Why can't Microsoft simply incorporate touch-friendly interfaces into its operating system? That's why HTC has TouchFLO.
Posted by Unknown at 5:37 AM