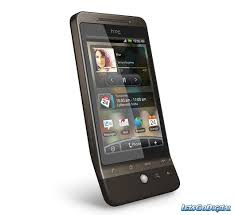 According to many circulating rumors, the HTC Hero may become the first smartphone on Sprint's wireless network to run the Google Android operating system. This appears to be a really nice phone with a large screen. No hardware keyboard buttons, but this may become the norm rather than the exception. On-screen keyboards are getting quite sophisticated and we quickly see more smartphones eliminating keyboard buttons to place them on the screen.

I've always been a fan of HTC phones. I think they make excellent products. You'll see high quality and innovative engineering in the designs of these phones. Google Android is still a "primitive" operating system for healthcare professionals who want a robust selection of medical software for their devices. However, I'm sure this trend will change quickly as more software developers release titles for Android. If you wish to be an early adopter, then go for the HTC Hero. Otherwise,
Posted by Unknown at 9:03 AM