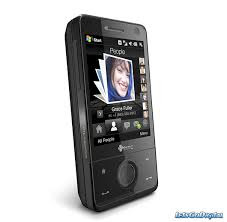 If you're on Verizon Wireless, you may qualify for a free upgrade on your phone. They've changed their "new every two" plan, so you may only get $30 or $50 of credit, but if you're an "old timer" like me, then you may qualify for $100 of credit towards a new phone. If you're thinking about getting a new smarphone, you should seriously consider the HTC Touch Pro (which is currently priced at $99). This phone used to be much more expensive, but the prices have been reduced because new Windows Mobile smartphones are about to come out this fall/next spring.

If you're not in a rush and you're willing to pay more, then I would encourage you to wait for the HTC Touch Pro 2. I'm not sure when this phone will be released on Verizon Wireless, but it's going to be better than the current Touch Pro.

I've been using the Touch Pro for a few days and I'm very impressed by this phone. I used to have an XV6800 and I really thought that the Touch Pro was going to be similar. However, the Touch Pro with the higher resolution screen and faster processor is really a considerable upgrade from the older XV6800 (aka as the HTC Titan or Sprint Mogul).

If you get a Touch Pro, make sure you load a custom ROM running Windows Mobile 6.5. You won't find an "official" version out there, but I've found that the custom ROMs that are "cooked" out there by enthusiasts work really well.

Here are the custom Windows Mobile 6.5 ROMs I've tried over the last several days:
Since Windows Mobile 6.5 is still in development, we will see updated versions of these ROMs over the next several months. My current phone has Build 23001 (although the latest ROMs are running Build 23028). I don't have time to update my phone every time a new build comes out, so I'll probably try this ROM for a few weeks.
Posted by Unknown at 3:49 AM