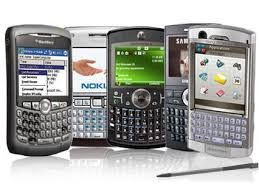 I'm not a fortune teller, but I can tell you fairly confidently that smartphones will have some incredible capabilities in 5 years. Here are my predictions:
In essence, future smartphones will have the capabilities of current laptops (not the fastest laptop, but an "average" laptop). They won't have spinning hard drives, but they will be much more capable of multimedia and high-speed data connections. Just follow the history of the Apple iPod to see changes in Flash storage space, processor speed, battery life, and more. I believe Apple will continue to set the trend that others will follow. Samsung, HTC, RIM, Sony, Motorola, Palm, Nokia, and all the others will follow Apple's lead.
Posted by Unknown at 4:34 AM