iPhone: global trends and the U.S. 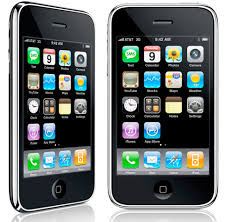 The Apple iPhone is currently only available through AT&T as a GSM phone in the U.S. Verizon Wireless is currently the largest wireless provider in this country, but it operates on a CDMA network. Although Verizon has a few select "world phones" that are capable of both CDMA and GSM, the majority of their devices operate on CDMA.

On CNET, there's a fascinating story titled, "Is AT&T losing its grip on the iPhone?" The same story is also republished on CNN.

I find the global trends the most interesting part of this story. Will China sell 3 million iPhones next year in China if they offer the iPhone on multiple networks? What about in other countries? If Apple is moving away from exclusivity arrangements with wireless providers, then it's only a matter of time before the iPhone becomes available on other carriers here in the U.S. The big question is: what kind of time frame are we looking at? We've heard many rumors about the iPhone coming to Verizon Wireless. If the iPhone becomes readily available, will it dominate the medical smartphone market? I think it will.
Posted by Unknown at 1:22 PM