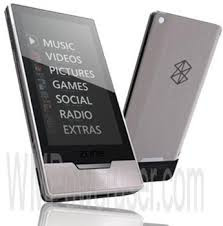 Have you seen pictures of the new Microsoft Zune HD? Looks really nice! It only makes sense that Microsoft will release a Zune HD phone (or maybe they'll simply call it a Zune Phone or a Zune Phone HD). In any case, the question in my mind is this: what operating system will the Zune Phone run? Would it run Windows Mobile? Or the current Zune OS?

The iPod is leading the industry when it comes to MP3 players. However, as more people are using these devices for video, other players may gain popularity. One of the biggest complaints when it comes to adding video on the iPod is that you have to convert video to .m4v, .mp4, and .mov file formats if you want to have it play on the iPod. In contrast, Archos players can play: Windows Media Video, AVI, MPEG4, and Flash Videos.

Well, enough about video. Personally, I'd really like to see a Zune phone (or Zune HD phone) run Windows Mobile instead of any other operating system. We have enough smartphone operating systems out there, so we don't need to add another to the mix.
Posted by Unknown at 10:56 PM