Battle of HTC vs. HTC (Touch Pro2 vs. Imagio) 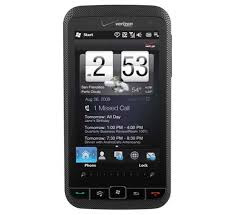 Isn't it ironic that people are having a difficult time deciding between an HTC smartphone and another HTC smartphone? What's ironic is that they both run Windows Mobile and they both have touch screens. The key difference is the slide-out QWERTY keyboard found on the HTC Touch Pro2 (which makes this device thicker) compared to the thinner HTC Imagio.

I think people would be more drawn to the Touch Pro2 if Apple had an iPhone "Pro" version that had a slide-out hardware keyboard. Unfortunately, Apple only has one version of the iPhone with different memory capacities. On the other hand, HTC has a large variety of smartphones running operating systems like Windows Mobile and Android.

If you're on Verizon Wireless and you're thinking about a new smartphone, which model do you plan to buy? How do you make that decision? Is it based on the software features? Hardware? Operating system? Price? Thickness?

I probably don't type enough on my smartphone to need a hardware keyboard. I would have been fine with an Imagio. However, the Touch Pro2 suits my needs quite well and I've gotten used to the extra bulk. So, if I had to buy a new phone today, I would still choose the Touch Pro2. I'm loyal to Windows Mobile until more medical apps become available for Android.
Posted by Unknown at 6:30 PM