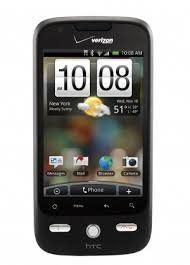 According to AndroLib.com, HTC has released some free widgets for its Android smartphones (HTC Droid Eris and HTC Hero). These widgets include:
It seems a bit strange to think that Android needs a separate widget for battery. I'm still waiting to see more robust medical apps for Android. Until that happens, the medical smartphone space will be dominated by other systems like the Apple iPhone and the RIM BlackBerry. I'm sure it won't take long before Google catches up with Android and Microsoft will be left in the dust if they don't significantly revamp Windows Mobile 7.
Posted by Unknown at 3:32 AM