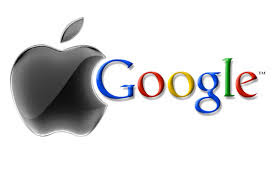 Recently, the top keyword that has been driving people to this website has been: "android vs. iPhone"

Which is better? Among health care professionals today, the Apple iPhone is much more popular than the Google Android OS. However, I don't think this trend will continue forever. In fact, as more smartphone manufacturers build devices that run Android, we'll see more physicians and medical students using Android devices. Mobile carriers like Verizon, T-Mobile, Sprint, and even AT&T will soon offer affordable Android smartphones. So, even though the Google Nexus One (made by HTC) hasn't created the same type of buzz that was generated when Apple released its original iPhone, Google will make its mark in 2010. I'm confident that we will see more Android smartphones in the hands of health care students and professionals this year.

Will Apple release different models of the iPhone that include features like slide-out QWERTY keyboards and different sized screens? Will Apple announce some new iPhones next week?

What types of information are you finding when you type "android vs iPhone" into Google or Yahoo?
Posted by Unknown at 4:57 PM