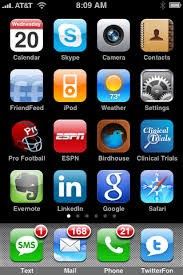 I think you'll agree with me on this one. There are so many useless medical and health apps out there. This is particularly true for the Apple iPhone, and it's becoming more true for Google Android and RIM BlackBerry. You see, the Apple iPhone probably pioneered the concept of the "app store" that resides directly on the smartphone. You browse on your device, you select the app you want, you click a button, and within a few minutes you have the app installed on your device. There's no need to sync the device to a PC, go through a lengthy install/uninstall process, and it's a seamless operation.

Here's the problem: It's easy to create a mobile app. It's even easier to create a useless app. Just look at the list of free "Top 25" apps on iTunes and you'll see what I mean.

The lack of quality control has made it difficult for health care professionals to know which medical apps are worth using. It may be harmless to install a free useless app, but then it takes space on your device, and many people out there don't know how to properly uninstall apps on their smartphone. As a result, their device gets cluttered with useless icons.

How can we filter out those useless apps so that physicians and medical students can focus on the apps that are most useful? Popularity ratings are not very helpful because some of the most useless apps are extremely popular among consumers. The star ratings (1 to 5 stars) is a bit more helpful for the general public, but not for a focused group of health care professionals. Perhaps we simply need a different system. Maybe the app store on iTunes should list apps based on ratings (not popularity, but actual star ratings). When will we see this feature Apple?
Posted by Unknown at 5:14 AM