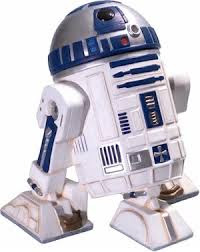 I think we could make a very interesting Star Wars movie about Droid medical apps. As more physicians switch to Google Android, they're looking for medical apps that they used to have on their older devices running Palm OS, Windows Mobile, BlackBerry, or iPhone. I know a few doctors who are eagerly searching the Internet each day to look for new medical apps for Android. Skyscape and Unbound Medicine have medical apps for Android. Epocrates is still reporting that its software will get released in the early part of 2010.

So, what's your favorite Android medical app?
Posted by Unknown at 10:52 AM