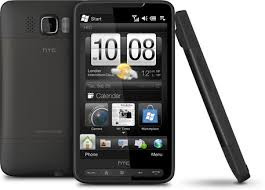 Do you agree with that?

I've been a loyal Windows Mobile user for many years. I've had numerous opportunities to switch to a different platform and I even made the jump and tried the BlackBerry Storm for a few weeks. I ended up going back to Windows Mobile.

Now, if I had to get a brand new Windows Mobile smartphone today, which would I choose? What's really the "best" Windows Phone out there?

I have two in mind:
If you're not interested in the 2 above, then wait.  Consider a smartphone that doesn't run Windows Mobile.  OK, maybe I'm being too harsh on Microsoft (and I hope my friends and relatives who work for Microsoft don't take offense). Wait for a smartphone running Windows Mobile 7. We may see some this year. Get a smartphone that has a capacitive touch screen that is capable of multi-touch gestures like "pinch to zoom." Remember that you're probably going to replace a smartphone every 2-3 years, so don't spend too much money on a smartphone or its accessories.
Posted by Unknown at 7:38 AM