Impressions of the Motorola Droid (Android) 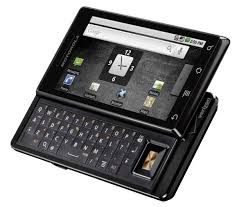 First, the pros:
Now, the cons:
So, if I had to buy a new smartphone on the Verizon Wireless network, which one would I get? I'd get the Droid.  What if the iPhone became available on Verizon? I'd still get the Droid. What about the HTC Google Nexus One? Hmm, now I need to think about that one.

I want to thank the folks at Epocrates for lending me a Droid so that I could test the beta version of Epocrates.
Posted by Unknown at 10:26 AM