Should HTC develop its own OS? 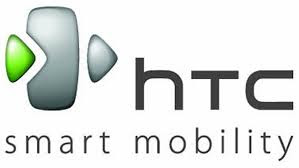 HTC currently makes a large proportion of smartphones in the US market. Many of their phones get rebranded, so you may not know that they're made by HTC. For instance, the Google Nexus One is made by HTC. Now that Palm is for sale, what would happen if HTC were to purchase Palm and create its own OS? Does it make sense for HTC to compete against Google, Apple, RIM, and Microsoft?

I hope we don't see yet another smartphone OS enter the market. I think we'll see more innovation and relevant medical apps if we focus on few operating systems. My prediction is that Apple and Google will be dominating the smartphone OS space in a few years, so that should mean that we'll be seeing some great medical apps for smartphones that run the iPhone or Android OS. I think HTC is a great company, but they should probably focus on developing hardware (even though they've come up with some great software enhancements like TouchFlo - now called Sense UI).
Posted by Unknown at 11:24 AM