Will we see a Verizon iPhone this year? 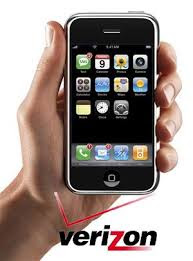 My gut tells me that we won't see the iPhone until 2011. I think it will be the iPhone 4G. I don't think we'll see a CDMA version of the iPhone 3G on the Verizon network. It's just a gut feeling, but I think Verizon is probably going to be in a better position to push the Android OS through smartphones like the Motorola Droid, the Motorola Endeavor, the Google Nexus One, the HTC Incredible, the HTC Droid Eris, and others. I don't think they should get "distracted" by the Apple iPhone this year. This way, if AT&T continues to suffer network problems due to the heightened bandwidth usage caused by the iPhone and iPad, then AT&T customers will be very eager to switch to Verizon next year.
Posted by Unknown at 9:07 AM