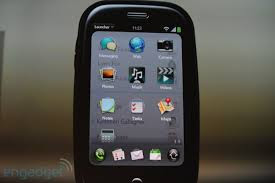 webOS isn't dead since HP acquired Palm. It looks like webOS is coming to the AT&T network. As predicted, by the end of 2010, I think that we may see every major smartphone OS on every major wireless network here in the United States. The only uncertainty revolves around the iPhone: will it appear on Verizon and T-Mobile?

According to several rumors, the Palm Pre Plus is coming to AT&T on May 14. Given that Europe has already seen a GSM Palm Pre, this isn't a surprise. I'm still waiting for the next Palm to be branded as an HP smartphone. Maybe HP will maintain the Palm brand.
Posted by Unknown at 8:06 AM