When will you be replacing your current smartphone or PDA? 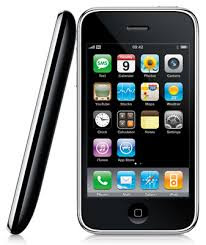 Physicians tend to get so busy that they can't keep up with modern technology. So many doctors still use old Palm OS PDAs and carry a separate cell phone! I doubt you'll see many U.S. physicians carrying old analog cell phones, but a few of them may still have some really old devices.

How often do you replace your smartphone? If you're an early adopter like me, then you're probably constantly scanning the Internet to learn about the latest and greatest gadget. If that's the case, then you'll never be satisfied. A newer, better device will always be out before your current device "dies." Some of you still using first-generation iPhones are probably waiting for an excuse to upgrade to the iPhone 3GS. Others may be waiting for the iPhone 4G (will it just be 4G, or will it be called 4GS?).

To review old and new cell phones, you may want to search sites like CNET, TestFreaks, Engadget,  iGadgetLife, or PC Magazine. However, don't base your entire decision on professional reviews since most of these reviews are written by tech-savvy users.
Posted by Unknown at 7:25 AM