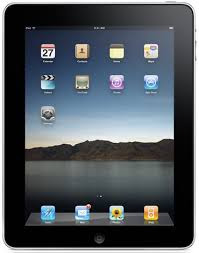 Despite recent positioning statements by executives from both companies, Google and Apple seem to be increasingly poised to challenge each other in nearly every mobile market. Apple CEO Steve Jobs has taken fire for the iPhone and iPad’s incompatibility with Adobe’s Flash software, and Google has stepped in to ensure that its Android platform fills every feature left vacant by Apple’s technical standards.

Apple has always restricted their approval to only the most basic and reliable of software, while Google seems intent on including everyone. Whether broad compatibility or strict approval processes will win out in the end is anyone’s guess.

Further complicating matters are efforts by third party hardware and cellular companies to produce tablets designed to cut directly into the iPad’s already substantial niche. At the recent Computex electronics show held in Taipei, manufacturers Foxconn and Hardkernel recently debuted their respected entries to the Tablet Market—each running an expanded version of Android. While their touch screens are arguably not as pretty or responsive as the iPad’s, these models certainly tick off the big features: GPS tracking, WiFi, Bluetooth, and an array of USB and storage options.
And while Android’s broad-based compatibility will mean that not every app on the Android market will be compatible with every device, the ever-evolving feature sets will ensure that users have a great many options to choose from.

Apple will certainly face a challenge keeping a tight hold of its market in software, as well. Google just announced that the My Tracks GPS tracking software will be released as an open-source platform, allowing users and developers to create their own unique, GPS-enabled experiences. Backed by the popular Google Maps software, My Tracks could also be programmed to incorporate location data from dedicated GPS tracker hardware. The programs developed from My Tracks should also be compatible with a variety of mobile devices, including third party challenges to the iPad.

Apple does have a lot going for it, though. Their strong brand equity and firm grip on the iTunes platform ensure popularity with many end users who don’t necessarily care about some expanded features. Apple’s business model currently depends on the regular release of well-marketed and tightly designed hardware, but as long as their software remains restricted to a few approved platforms, then Google may end up being the PC to their Mac.

In the meantime, however, users can appreciate the number of options available, even as they carefully choose which smartphones and tablets deserve their hard-earned cash.

Greg Bartlett is a guest author who specializes in writing about GPS technology for Rocky Mountain Tracking, Inc.
Posted by Unknown at 7:20 AM