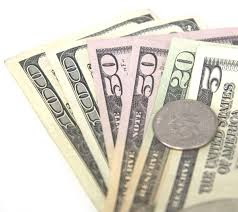 Many medical students are on tight budgets. Let's face it. You've accumulated loans, you're not working, and you're probably accumulating more loans as you're going through medical school. Who has the luxury to buy the latest and greatest smartphone?

If you're a medical student and you're thinking about purchasing a smartphone, consider this: you'll probably end up getting a new smartphone when you start residency. Therefore, you should not be too eager to buy the latest and greatest smartphone. You mainly need a solid device that will meet your needs for a few years. Then, when you actually start making some money as a resident (it won't be much, but it's more than now), then you can buy a newer, nicer smartphone.

Smartphone prices have been coming down dramatically. If you're on AT&T, you can get an iPhone 3GS for just $99. Want an Android smartphone? The Motorola BackFlip is only $49.99 on AT&T. AT&T also offers several different BlackBerry smartphones that are free for new customers.

Verizon used to have some great budget smartphones, but they've recently changed their inventory to make room for the newer smartphones like the Motorola Droid X and the upcoming Droid 2. However, the LG Ally running Google Android is only $49.99 and the Motorola Devour running Google Android is just $79.99. Those are some practical options for medical students who wish to have an Android smartphone but who don't want to pay more than $100. The Palm Pre Plus is only $49.99 and the BlackBerry Curve is going for $29.99.

Looking for better deals? If you search on eBay, you'll probably find some great bargains as people try to sell their smartphones so that they can upgrade to better devices.
Posted by Unknown at 8:57 PM