Berlin, 24 November 2010 – A global survey by research2guidance amongst leading mHealth developers and healthcare companies shows that mHealth apps will predominantly be distributed through traditional healthcare channels by 2015. 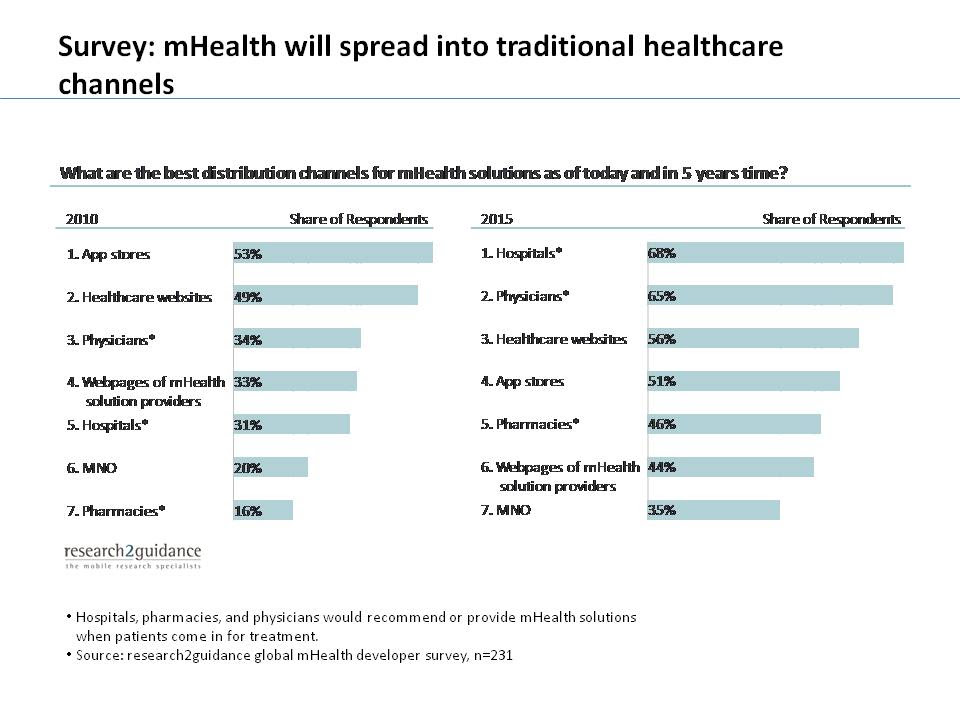 The survey was conducted by research2guidance to identify emerging trends demonstrated by common thinking amongst early adopters in this new market. It is part of the comprehensive “Mobile Health Market Report 2010-2015“ (http://www.research2guidance.com/shop/index.php/mhealth-report).

research2guidance is a Berlin-based market research company specialized in the mobile industry. The company’s service offerings include comprehensive market studies, as well as bespoke research and consultancy.
Posted by Unknown at 8:42 AM