Where is Windows Phone 7 going? 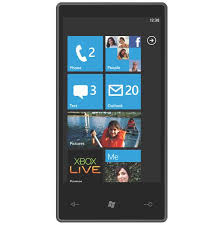 These days, smartphone discussions seem to heavily revolve around the Apple iPhone and devices running Google's Android OS. There are still a strong number of loyal BlackBerry users out there, but those running other operating systems are dwindling. HP is revamping webOS and Microsoft has launched Windows Phone 7.

Where is Windows Phone 7 going? Will Microsoft release a slate tablet running this OS? What about older Windows Mobile apps? There's no backwards compatibility of older apps. So, if you invested a significant amount of money to purchase software for your Windows Mobile PDA or smartphone, you won't be running them on a new Windows Phone 7 device unless the software manufacturer provides a way to effectively transfer your software license to a new OS. I haven't heard of many companies offering that type of service unless your have subscription-based software.

I don't have any plans of going "back" to Windows Mobile right now. In fact, I think it will be interesting to watch these smartphone "wars" over the next few years as a myriad of slate tablets emerge and as smartphones become more powerful computing devices. At some point, Microsoft will probably have to remove the word "phone" from the name of their mobile operating system. After all, it doesn't make sense to be running a "phone" OS on your slate tablet, does it? Then again, if you removed the word "phone" out of Windows Phone 7, then you'd be stuck with Windows 7. Maybe Windows Mobile was simply a better name...
Posted by Unknown at 8:00 AM