Are 4G smartphones (more) hazardous to our health? 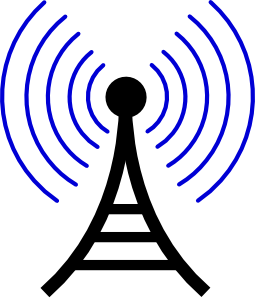 As smartphones become more powerful, I often wonder if they're also becoming more hazardous to our health. I think we can't deny the fact that they may be more hazardous based on the increased data 4G smartphones are transmitting wirelessly compared to 3G mobile devices. As these devices transmit energy, they warm up, they get hot, and there is potential for electromagnetic interference or EMI.

Recent studies have shown that powerful smartphones can interfere with medical equipment. This 2007 study concluded, "Critical care equipment is vulnerable to EMI by new-generation wireless telecommunication technologies with median distances of about 3 cm." This 2008 paper in JAMA concluded, "In a controlled nonclinical setting, RFID induced potentially hazardous incidents in medical devices." This other 2008 paper concluded, "EMI from mobile phones have an adverse effect on the medical devices used in critical care setup. They should be used at least one foot away from the diameter of the syringe pump."  I realize that some studies are looking at RFID, others are evaluating Bluetooth, some are comparing Wi-Fi signals, and others are looking at GSM signals. At the end of the day, all these wireless radiation gets combined and we may be exposing ourselves to invisible hazards.

So who's measuring the health effects of newer 4G smartphones that now transmit much more data compared to 3G devices? Will all the data be retrospective studies 10 years from now? Will these newer smartphones cause any immediate health effects?

I'd love to have a 4G smartphone like the HTC Thunderbolt, but I don't need 4G speeds. 3G is adequate for my needs, so I don't plan to upgrade anytime soon. Plus, I'd rather error on the conservative side and try to minimize my risk of electromagnetic radiation.
Posted by DrJosephKim at 8:00 AM