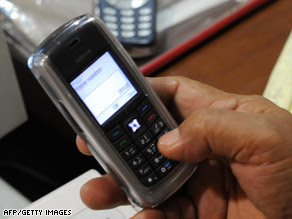 Anyways, this article addresses the importance of epidemiological surveys conducted by the CDC and other organizations. These surveys are primarily conducted by phone, and only landline phone numbers get included in these studies. At 26 percent, Oklahoma has the highest percentage of homes that only have a mobile phone. Vermont has the lowest at only 5 percent. These are old statistics and most experts suspect that the numbers are considerably higher in 2009.

So if the CDC and other government agencies can't accurately track the health of the nation, where does that put us? Surveys will result in skewed data because of selection bias. The question remains, what type of people are more likely to live in a home that doesn't have a landline phone? My guess: just about anyone. Why? Because almost everyone now has a mobile phone. If you're young and single, why do you need a landline? What if you're a young married couple with no kids? Once again, no need for a landline. What if you're an active senior? You probably have a mobile phone since you're active and you're going out. Do you need a landline? What if you're a family with teenage kids? If they each have a mobile phone and both parents have phones, then who needs a landline?

I'm not making the argument that people should get rid of their landline phones. I think there are some serious public health implications at stake and perhaps the government needs to come up with a way to conduct surveys using more creative measures (like e-mail?).
Posted by Unknown at 8:44 PM