Do You Love or Hate Your Smartphone? 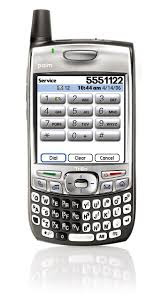 My friend hates his smartphone. I can't say that I love mine, but I also don't hate it. It does its job and every time I get a new smartphone, I think about which features I liked and disliked about my old one. This way, I can almost imagine what my next one "should" be like.

For instance, I started with a Treo 700wx (Windows Mobile). It was a "candybar" design. Nothing slides in or out. No flips. It was a nice phone, but it was bulky. It had a small screen and the buttons were small, but I could use it with one hand. No Wi-Fi, slow EV-DO speeds. No GPS.

Now, I have a slider phone (the Verizon XV6800, AKA Sprint Mogul or HTC Titan or PPC6800). This phone is roughly the same size. It has a larger screen and since the keyboard slides out, the buttons are larger. This one has Wi-Fi (which I hardly use), fast EV-DO speeds (great for tethering), and has a built-in GPS (if you load a custom ROM and radio).

I'm hoping that my next phone will be more like the Treo in terms of design/form/function. I hope it's thinner than the Treo, but it will need an internal aGPS (I've grown to depend on this so much, especially when I travel and drive in a new city). Fortunately, there are currently several phones that I can select that would meet my "requirements." However, I'm not in the market to purchase a new phone, so I'll wait patiently.
Posted by Unknown at 11:05 AM