What's the Best Smartphone for Physicians? 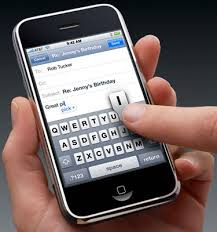 This is one of those topics that gets debated endlessly (unless you're in a room full of Apple lovers). What's the best smartphone for a medical student, resident, or attending physician?

Several years ago, the answer would have been simple: Palm Treo. Then, the answer may have evolved to: Treo (either Palm OS or Windows Mobile). After the Apple iPhone came out, the resounding consensus among young physicians was: iPhone. Now, we see doctors carrying the BlackBerry Storm (among other BlackBerry devices). There's a newer version of the BlackBerry Storm that's coming out. The Palm Pre running Web OS is a hot new phone that has many people excited, but will it beat out the iPhone? The Palm Pre has a hardware button keyboard, so that may be a very attractive feature for people who want to type quickly. What about all those Windows Mobile users out there? I admit that I'm still one of them and I use an older HTC Windows Mobile device (the xv6800 which is also known as the Sprint Mogul and HTC Titan).

So which phone is the best? It's so difficult to answer because technology evolves too quickly. We can't keep up with the advances and as soon as you buy what you think is the "best" phone, a new mobile device pops up that's faster, cooler, and better.
Posted by Unknown at 5:01 AM