Thoughts on the BlackBerry Storm 2 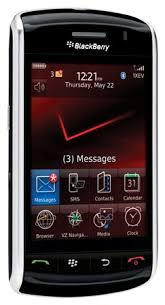 I love the Apple iPhone. Unfortunately, I'm on Verizon Wireless and I don't plan to switch to AT&T. I have an iPod Touch and I can get access to many of the novel applications that run on the iPhone.

I admit that I've been intrigued and captivated by the BlackBerry Storm. However, I'm not a huge fan of the SurePress screen. Now, the new BlackBerry Storm 2 won't have the SurePress screen. It will have a traditional capacitive touch screen similar to the iPhone. Plus, I belive it will have Wi-Fi and I think that Skype may be releasing software for the BlackBerry (who knows what types of limitations Verizon Wireless will impose if Skype does become available).

I currently use a Windows Mobile phone made by HTC and it works fine. Most of the mobile web browsers are slow and none are nearly as powerful as the ones found on the Apple iPhone or BlackBerry Storm. I plan to wait and pass on the BlackBerry Storm 2. What am I waiting for? A version of the Verizon Wireless iPhone (I'm hoping the rumors are true).
Posted by Unknown at 10:57 PM