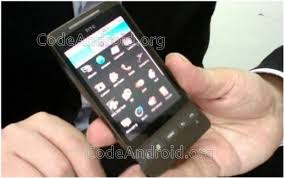 The HTC Hero is another phone that will be running Google's Android. However, it will run a new user interface called HTC Sense. Here's a quote from Brighthand: "HTC Sense is a distinct experience created to make HTC phones more simple for people to use, leaving them saying, it just makes sense," said Peter Chou, CEO, HTC Corporation. The HTC Hero will be the first Android phone with Adobe Flash support. My prediction is that most phones will eventually support Flash. The big question is: when will that "someday" arrive?
Posted by Unknown at 7:13 PM