Medical smartphone use in other countries 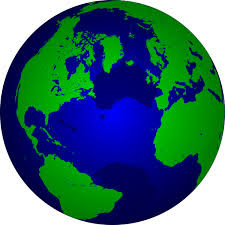 How are smartphones used by medical professionals in other countries? The U.S. is reacting to a major push by President Obama to incorporate electronic health records (EHRs) and to leverage computerized physician order entry (CPOE) systems. As a result, we've seen a surge of medical applications for smartphones, especially the Apple iPhone. Several EHR vendors are providing iPhone apps for their EHR platform. I expect we will see many more as health information technology (health IT, HIT, HITECH) becomes the cornerstone to healthcare reform in this country.

So what about other countries? What about places where technology has deeply penetrated the entire market? I think about Asia. In metropolitan areas like Hong Kong, Shanghai, Tokyo, and Seoul, we see mobile phones used everywhere - even underground. Are doctors in Asian countries using smartphones for many medical applications? Or, are they mainly using them like ordinary consumers?

So what about other non-Asian nations? Are physicians leveraging the wealth of smartphone clinical support tools as they treat patients at the point of care? President Obama is using health IT to push healthcare reform efforts. If other countries also need to reform their healthcare system, should they follow the same model and leverage health IT resources?
Posted by Unknown at 3:36 AM