The unstoppable iPhone according to BusinessWeek 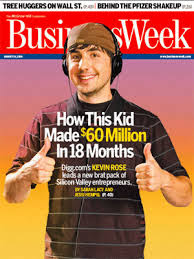 There's a short little article in BusinessWeek by Stephen H. Wildstrom titled, "The Unstoppable iPhone." Under the title, it reads: "Apple's new model, plus updated software for all its phones, will send rivals scrambling." I enjoyed reading the article and agree with many of the comments written by Wildstrom.

First, the new Apple iPhone 3G S (S = speed) may only appear to have a modest update, but the speed improvement is significant and it really improves the overall usability of this great device. Plus, Apple and AT&T have priced the iPhone to be very competitive. It's really hard to beat $99 for an 8GB iPhone (although you'll be getting the older model).

Palm Pre is a great phone, but will Sprint and Palm drop the price to stay competitive? Windows Mobile "already looks lame" according to Wildstrom. I've been a Windows Mobile user for many years and I have to agree that the OS just hasn't been keeping up with all the other major players. Will Nokia lose its domination in Europe and Asia? What's going to happen to standalone GPS navigation devices now that all these newer smartphones have built-in GPS? I don't own a standalone GPS device. I simply use my smartphone.

I like the fact that Wildstrom specifically mentioned "serious real-time intensive-care patient monitoring" applications for the iPhone. You can't get more serious than that. Medical professionals have been embracing the iPhone like a second brain.