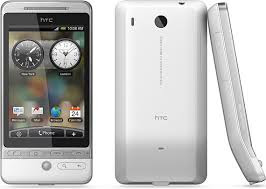 The HTC Hero running Google Android as its operating system (OS) has been reviewed by Engadget. What's the verdict? They think that the HTC Hero represents the best Android phone (for now), but the hardware is disappointing. HTC has made some incredible refinements to the Android OS, but the hardware isn't able to support everything in an optimal way.

Well, that's a bit disappointing. I wasn't planning on switching to Android because of the paucity of medical software that's currently available. However, it would be nice to expand the smartphone space with additional options. I'm a big HTC fan. I've owned several phones made by HTC and I think they do a great job designing their devices.

To read the review on Engadget, click here.
Posted by Unknown at 3:12 PM