Palm OS - survival of the fittest? 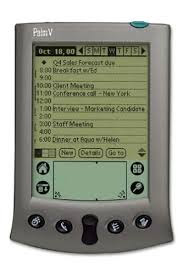 The Palm OS (Operating System) has gone through some evolution, but not enough to keep it alive over the past few years. WebOS is an entirely different OS, so when I refer to the Palm OS, I am NOT referring to WebOS.

I have old Palm Pilots that ran the Palm OS 1.0. Remember the "Pilot 1000?" Then we saw the "Palm Pilot" and then we saw leaps in hardware technology when then Palm V came out. We started seeing backlit screens (who uses these things in the dark?) and even color screens. Devices started to use rechargeable batteries instead of AAA. However, the OS had only evolved to Palm OS 3.0 and it was still not capable of multitasking. Meanwhile, Pocket PC was starting to gain market share.

The latest devices run Palm OS 5 (which came out in 2002) and these devices have nice color screens and fast processors. But, they are also incapable of multitasking. That's probably what killed the Palm OS. The Palm OS simply wasn't fit to survive. As a result, people saw the writing on the wall and knew that Palm (the OS, not the hardware) was soon going to be dead.

Fortunately, we now have a new OS in town. WebOS is built on Linux and it has the ability to multitask, but it still has significant room for improvement.
Posted by Unknown at 5:07 AM