Smartphones and the Medical Community – The Connection 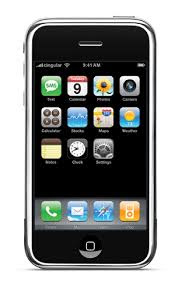 It seems to be an epidemic of sorts, this fixation that the world at large seems to be developing for the iPhone. Although there have been equally good smartphones before it and there will definitely be some that are even better in the future, the iPhone has found a secure place in the history of smart gadgets. It is revolutionary not just in utility, style and design, but also in how clever the marketing and positioning of sales and value- added services are.

The iPhone is now increasing in value for doctors, simply because of the sheer volume of applications that are being written for this device. Medical personnel literally have the world at their fingertips, with information and medical details being provided if they only know where and how to look. Doctors are able to read patient scans using their phones; they can tap into the Electronic Medical Record systems and access patient records; and they can use the apps to look up or reference any tablet or medication.

The BlackBerry, the earlier favorite of most doctors (those who graduated from their PDAs and Palms), is now being relegated to the backseat by the iPhone. With a few universities mandating the ownership of either an iTouch or an iPhone and offering students a discounted price for the same, it’s only going to be a matter of time before this nifty device becomes a staple for every med student and doctor.

But there are some medics who still prefer their BlackBerries because of the fact that these phones are based on the Windows software. According to an article in the Washington Post, at the Johns Hopkins Health System, the doctors prefer the BlackBerry because most of the software that hospital uses is based on Windows.

Even so, the iPhone is slowly garnering a larger market share among medical personnel than most other smartphones taken together because of its superior graphics and video qualities and its larger memory. More and more doctors are pulling out their smartphones instead of tapping away at the laptops; after all, it’s much more convenient, certainly more handy, and extremely useful when you have applications specific to the medical field on your phone.

This article is written by Kat Sanders, who regularly writes on the topic of EKG tech. Kat welcomes your comments and questions at her email address: katsanders25@gmail.com
Posted by Unknown at 5:01 AM