I plan to get the Samsung Omnia on VZW 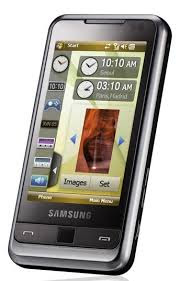 I've decided that my Verizon XV6800 (HTC Titan) is dying. The replacement sent by Verizon didn't work out and I think I'm simply going to have to bite the bullet and get a new phone. Since I'm stuck on Verizon, I think I'll go with the Samsung Omnia. It's currently listed at $199, so I'll wait until the price drops some more. It should drop relatively soon since the Omnia 2 may be coming out in late 2009 or early 2010 (according to my speculation). I admit that I'm really tempted to wait for the Omnia 2, but I don't want to spend more than $100 for a new phone. I get $100 of credit from Verizon, so if I can wait until the price is around $150, then I may bite the bullet. The BlackBerry Storm is already $99, so I could get that phone for free.

Ultimately, I want a smartphone that can:
If I get the Samsung Omnia now, will I regret it when the Omnia 2 comes out? Probably. But I'm willing to live with that. I'm an early-adopting technologist, but I don't always need to have the latest and greatest when it comes to smartphones. I'd rather live more on the practical side and save $ (especially during these economic times). I've gone through enough smartphones and PDAs to know that these have a very finite life span and what you buy now simply won't last very long. So why pay much for something that will only last a few years at most?
Posted by Unknown at 4:04 AM