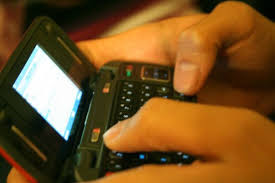 These days, if you want to purchase a modern smartphone, you'll be obligated to also pay for a monthly data plan. There used to be rare exceptions to that rule, but those days are ending. A data plan can range from $30-60/month, so it's not a marginal amount for a medical student on a tight budget. I still remember those days. Data plans may not cover SMS (Short Message Service), so I suppose I'm mainly talking about web/e-mail access. SMS can be very useful when you're in the hospital because it's much easier to send short messages instead of paging each other and waiting for a return phone call. Who still uses alpha numeric pagers these days?

Most hospitals currently have Wi-Fi and Internet access, so it really doesn't make sense to have a data plan if you can hop on a computer terminal to check your e-mail. However, maybe I'm talking to the wrong generation of students. You may not have a data plan, but you probably have an unlimited SMS or texting plan. If you had a smartphone during college and/or high school, then you probably can't live without a data plan because you probably spend more time texting than calling. You'll probably take photos using your smartphone and then send them to your colleagues. So at the end of the day, maybe you don't need a data plan. Instead, you simply need a smartphone that has Wi-Fi capabilities with unlimited text/photo/video SMS.
Posted by Unknown at 4:35 AM