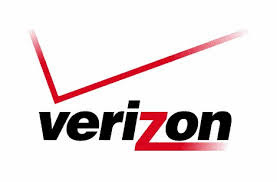 I don't understand why Verizon Wireless stores and kiosks don't stock more smartphones. They have a decent selection of Windows Mobile smartphones online, but if you walk up to a kiosk or go to an average store, you won't find some of the best smartphones that are available on Verizon Wireless. Why?

If you're on a budget and you don't need the "latest and greatest," then let me make a few suggestions for some great Verizon smartphones that are "hidden" from many people:
So, what do we have in common with all these smartphones? They're all made by HTC, they all run Windows Mobile, they all have touch-screens, they all have cameras, and they all have an internal GPS chip (although you may need to do some modifying to get the internal GPS to work).

Keep in mind that several new smartphones are coming to Verizon this fall and next spring. So, if you're eager to have the latest devices, then you're better waiting until some of these new devices emerge.
Posted by Unknown at 7:03 AM