How long does it take for your BlackBerry Storm to reboot? 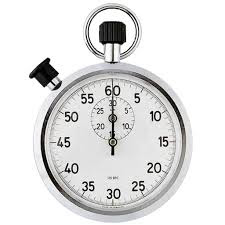 How long does it take for your BlackBerry Storm to reboot? I did a simple test and timed my device rebooting. Want to take a guess?

It took roughly: 5 minutes and 30 seconds to reboot!

I couldn't believe it, so I did it again. It took the same length of time to reboot. By comparison, a reboot on my Windows Mobile smartphone takes 1 minute 10 seconds.

I'm not talking about a hard reset. I'm talking about a simple reboot that's often required when you install or uninstall a new app. You can do this either through software (QuickPull) or by physically removing the battery. The Storm doesn't have a reset button (it doesn't have a stylus, so it probably doesn't make sense to include a tiny button).

So if your phone freezes or crashes and you have to do a reset, then prepare to wait for 5 min 30 sec before your phone comes back to life. That's just not acceptable and I don't think that BlackBerry OS 5 will make any significant improvements.

I'm starting to have some more doubts about this device. I'd really like to give the BlackBerry Storm a fair chance. However, I'm used to certain things and I've been using Windows Mobile for many years. Used properly, Windows Mobile devices can lead to much more productivity. The problem I'm having is that Verizon Wireless currently doesn't have a great selection of other smartphones. There are new Windows Mobile smartphones coming out this fall, but I'm not going to pay a premium just to have those features.
Posted by Unknown at 3:02 PM