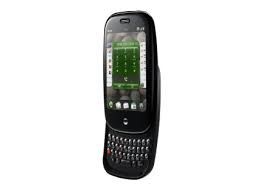 How did the editors at PC World rate the Palm Pre? They gave it an 82 (very good). They say: "A responsive touchscreen, an engaging interface, and a few flaws." Now, I'm referring to the PC World magazine. The website (PCWorld.com) reviewed the Palm Pre back in June and gave it an 87 (very good).

Going back to the magazine, the key components they highlighted included:
I really like the form factor of the Palm Pre. You get a nice large capacitive touch-screen device. The phone is a slider, but instead of a wide keyboard that requires both hands, you get a narrow one that could be managed using one hand. I was spoiled when I had my old Palm Treo. I used to type on that device using only one hand. It was very efficient when my other hand was tied up.

Although the Palm Pre has a really nice design, it lacks medical software right now. Unless you use an emulator that mimics the old original Palm OS, you really won't find much out there for webOS. Let's hope that quickly changes.
Posted by Unknown at 3:53 AM