I got the HTC Touch Pro from Verizon Wireless 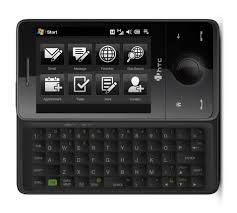 No, not the Touch Pro 2. I got the original HTC Touch Pro from Verizon Wireless. In fact, I got this one for free. I tried the BlackBerry Storm and gave that a fair chance, but it didn't take very long before I quickly realized that I needed to go back to Windows Mobile. Now, I've replaced my old slider (XV6800, also known as the HTC Titan or Spring Mogul) with another slider. I really didn't want to do that, but I'd rather use a slider than spend any extra money. Why? Because at this rate, I'll probably upgrade to a new phone every two years with the credit provided by the "new every two" plan. I just hope that Verizon continues to keep their smartphone prices competitive with the Apple iPhone and Palm Pre. $99 for a smartphone isn't too bad. Free is even better.

So, the HTC Touch Pro has been around for a long time and there are many custom ROMs floating around out there. It has an unlocked GPS (or aGPS) so I can use TomTom or Google Maps without flashing a custom ROM. However, I still plan to load a custom ROM so that I can run Windows Mobile 6.5 and have an OS that is more touch-friendly. The HTC Touch Pro didn't get rebranded by Verizon as the XV6850. Instead, it was called the "HTC Touch Pro." That makes more sense, doesn't it? When phones get rebranded, it causes a tremendous amount of confusion.

I admit that it would have been nice to wait and get the Touch Pro 2, but I didn't want to wait and spend any money. Contrary to popular belief, I don't always need the "latest and greatest." I'd rather be practical and save money where I can. As long as the Touch Pro has the capabilities of what I need, I'm fine.
Posted by Unknown at 3:22 PM