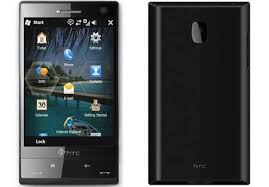 The HTC Leo has a huge display! It's 800x480 and it reminds me of some of the older HP iPaq PDAs that had really large screens (of course, those devices were also quite big).