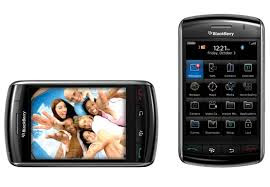 The Storm 2 includes some new features that you won't find on the original Storm, such as:
Why only 256 MB of Flash Memory? If you're going to have 2 GB of on–board storage memory, why didn't they allocate more memory for apps (applications)? The original Storm only had 128 MB of FlashRAM and I filled that up very quickly with a few medical apps.

My prediction is that the Storm 2 will be a hit among medical students and professionals who don't need to load too many medical apps. I'm disappointed that the Storm 2 only has 256 MB of RAM, but maybe that will be enough storage space for the average user.
Posted by Unknown at 3:09 AM