BlackBerry Storm 2 to be released this month 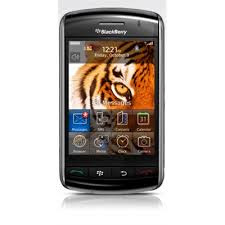 According to several rumors and reports, Verizon Wireless will be releasing the BlackBerry Storm 2 later this month. The month of October should be an exciting month in the world of smartphones. We saw Windows Mobile 6.5 released earlier this month, but that wasn't too exciting. I'm eager to see other new smartphones coming out this month.

Are you waiting in line to get the updated BlackBerry Storm? I hope they increase the internal RAM so that you can install more apps. Medical apps are often quite big and you'll run out of space very quickly on the current BlackBerry Storm that only has 128 MB of Flash RAM.
Posted by Unknown at 9:16 AM