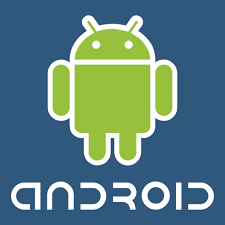 The predictions by the Deutsche Bank is that Android will overtake Windows Mobile and become the dominant operating system for HTC, a leading smartphone manufacturer. You may not be very familiar with HTC because their phones often get rebranded as Verizon, T-Mobile, or AT&T phones. However, HTC is one of the largest smartphone makers and they are currently the world's #1 producer of Windows Mobile smartphones.

As I read this story in BusinessWeek magazine, I'm faced with a question inside: when will I make the switch to Android? Maybe the question isn't "when." After all, in my mind, the major question centers on Apple's iPhone. Currently, the iPhone is making some significant inroads in the world of health care. I'd be an iPhone user if I weren't stuck on Verizon. If Verizon offers the iPhone in the near future, I'd be torn between choosing the iPhone vs. Android. I already have an iPod touch, so I'm very familiar with the iPhone operating system. BlackBerry is also catching up, but I think that Android could leapfrog into a leading position if Google positions this smartphone OS strategically. I've used the BlackBerry Storm and I'm impressed by the progress that RIM is making in this space.